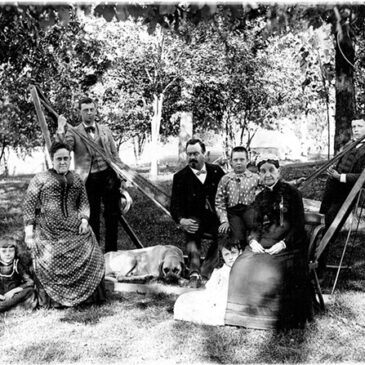 Once, large, beautiful homes stood all over Springfield and were occupied by citizens who owned key businesses and held important positions within the city. Unfortunately, many of the homes have been demolished. Yet some still stand, thanks to people who have preserved them. Daily, people pass by these grand buildings: the Brinkerhoff House (North Fifth, built in 1869), Governor Yates home (Washington Park – 1904), Hickox House (formerly the site of popular Springfield restaurant Norb Andy’s and now Anchors Away on Capitol – 1839), the Belle Miller Apartments (now the Inn at 835 on Second Street – 1909), and the Booth-Grunendike house (1870), now Obed and Isaac’s, along with the Isaac Lindsay home (1850s), moved to Seventh and Jackson, now William Van’s.