Last year North Point Boulevard in Cambridge, Massachusetts, was renamed Morgan Avenue. Readers might not think that noteworthy until they learn that the person honored with a street name was a Springfield native. She was Gertrude Wright Morgan, an African American whose life, and the lives of others in her family, were remarkable evidence that Black lives have mattered throughout history.

Wright had attended the “colored” school. In 1874, despite objections, Springfield integrated classrooms. Only one public high school, at Fourth and Madison, served the city.

Wright was an exceptional student. In 1877, she graduated third in her class of 28, considered a large class for the time. The Springfield State Journal wrote, “Her percentage of excellence exceeds that of all graduates of former years. This is the first instance in Springfield and believed to be the first in Illinois, where a “colored” girl graduated at a public high school…and shows a complete vindication of the policy” of school integration that had been argued against a few years prior.

At that time graduation ceremonies required that each graduate present an essay. Wright’s essay, “Unknown Heroes,” argued that generals are claimed heroes, but the real heroes are ones who through some word, deed or friendly act help alleviate pain and suffering. The newspaper reported that Wright was “lady-like and had a self-possessed bearing upon the stage and the excellent matter of her essay. She won generous encomiums from hundreds who would a few years ago have doubted her right to appear in such company.”

Wright grew up in a family that worked hard and strove for excellence, as evidenced by her father, Thomas Wright, a man born into slavery, who worked hard and bought himself and his brother out of bondage. He became wealthy. In Springfield, he owned land on 13th Street, and farms in Rochester and Missouri. When he died in 1901, aged 92, the Illinois State Register reported that his funeral was “one of the largest and most impressive held for years… Wright was among the best known and highly regarded citizens of Springfield….. He was a model man…there never was a greater specimen of God’s noblest work, whether encased in a dark or white robe, than he was…he had a high sense of honesty… to his fellow man in all shades of color and character. “

His daughter, Gertrude, followed his guidance and worked hard. She wanted to become a teacher in Springfield. Springfield, however, denied positions to African Americans, a practice that didn’t change until 1955. Her path took her to St. Louis, where she taught at an all-black school and met Clement Morgan.

Morgan had been born to slaves in 1859. In 1863, after the emancipation, they moved to Washington, D.C., where Morgan attended school and trained as a barber. He taught in St. Louis and then entered the Boston Latin School, graduating with honors. At 27, he enrolled in Harvard. He was the first African American to earn degrees both from Harvard College (1890) and Harvard Law School (1893).

In 1894, Clement was elected to the Cambridge Common from a predominantly white ward. In 1896 he was elected as the first African American alderman in Cambridge, in fact in all of New England.

He and Gertrude married in 1897, in the home of her brother, Willis, who was living on the farm in Rochester, Illinois. The paper described the wedding and Gertrude’s gown of “satin and mousseline de soie with diamond ornaments.”

The Morgans moved to Cambridge, became active in civil rights, and hosted many civil rights leaders in their home. In 1905 they joined with W.E.B. Dubois, Clement’s Harvard friend, in the Niagara Movement, working to end Jim Crow laws and gaining more rights for African Americans. It formed as a counter to Booker T. Washington’s group, which the Niagara members called too conciliatory. A more active, even militant, approach was needed, they claimed.

The untimely deaths of Gertrude’s brother, Willis, in 1899 and his wife, Mamie, in 1906 left their two children orphans. Nadine (13) and Brewster “Bruce” (11) were raised by the Morgans. Nadine became a teacher at Radcliffe College, and Brewster is believed to be the first African American to publish a diary about his service in WW I.

Gertrude started the first African American women’s group in Cambridge, served on the board of the Harriet Tubman House, and was chosen by the Massachusetts governor to represent the state at the dedication of the Frederick Douglass House Museum in Washington, D.C., in 1922. She worked to pass the 19th Amendment giving women the right to vote.

Clement died in 1929; Gertrude in 1931. They are buried at the Mount Auburn Cemetery in Cambridge.

Just this past month, the cemetery issued a statement: “We believe that Black Lives Matter… We also know that more than words, it is actions that show a true commitment… We have made a contribution of $5,000 to the NAACP, specifically to support its Empowerment Programs, in honor of two notable figures… who devoted their lives to eliminating racism locally and nationally, Clement and Gertrude Morgan.”

Gertrude Wright Morgan lived a life of advocacy. Her legacy is remembered in Cambridge and needs to be remembered here in Springfield.

The Sangamon County Historical Society plans to portray Gertrude at its annual cemetery walk in the fall. A special story about her relationship with a white girl, Harriet Palmer, will be shared. 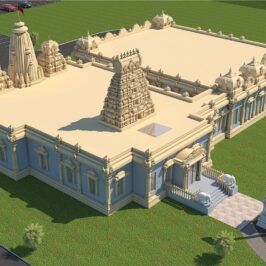